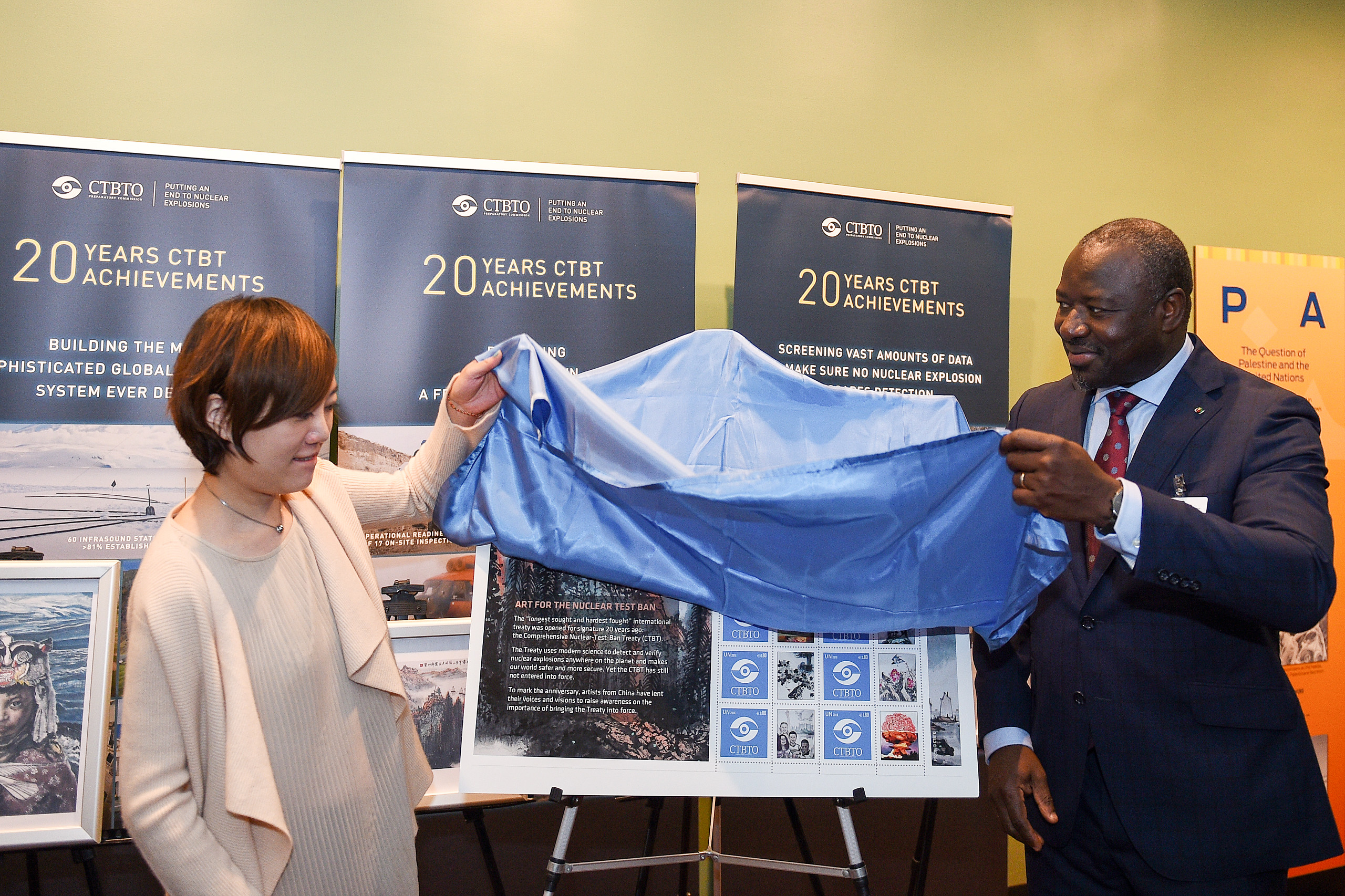 United Nations stamps play a unique role in sending messages around the globe; and for this special stamp sheet, we hope that it will raise awareness of the important work of CTBTO, and the urgent need to have the Comprehensive Nuclear-Test-Ban Treaty enter into force.
Thanawat Amnajanan, Chief, United Nations Postal Administration

The CTBTO 20th anniversary stamps are part of the “Art for Nuclear-Test Ban” initiative of the CTBT with the aim of using art to convey the message of CTBTO, and to highlight the dangers and suffering that nuclear explosions bring. These are the first stamps printed for the CTBTO, and artists from China have added their voices and visions to a worldwide chorus in order to raise awareness of the importance of a global test-ban. The commemorative custom stamp sheet features art by leading Chinese artists that embrace the CTBTO’s message for a safer, more secure, and nuclear-weapon-free world.

The commemorative stamps are available here and at the UN Stamp corner at the United Nations Offices in Vienna.
The 20th anniversary year has thus far seen a number of important milestones for the CTBT, including a resolution by the United Nations Security Council, and two new ratifications: Swaziland and Myanmar, bringing the total number to 166. The CTBT bans all nuclear explosions by everyone, everywhere and for all times. Before its opening for signature in 1996, over 2,000 nuclear tests were carried out. Since then, only a handful of tests have been conducted, with only five in the 21st century.  Two decades without CTBT in force have shown how challenging it is to create a nuclear-weapon-free world, but it has also shown how many barriers can be overcome if there is the political will to do so.