Text of the Treaty

The Comprehensive Nuclear-Test-Ban Treaty (CTBT) bans all nuclear explosions, whether for military or peaceful purposes. It comprises a preamble, 17 articles, two annexes and a Protocol with two annexes.

Another important text is the Resolution adopted by the States Signatories on 19 November 1996 establishing the Preparatory Commission for the Comprehensive Nuclear-Test-Ban Treaty Organization (CTBTO).

Summary of the Treaty

Annex 1 to the Treaty lists States by geographical regions for the purposes of elections to the Executive Council.

Annex 2 to the Treaty lists the 44 States that must ratify the Treaty for it to enter into force.

Protocol Part II sets up the procedures for on-site inspections.

Annex 1 to the Protocol lists the facilities comprising the IMS network.

Annex 2 to the Protocol lists the characterization parameters for IDC standard event screening.

Articles of the Treaty

Article IV elaborates on the global verification regime to monitor compliance with Treaty provisions. The regime is to comprise a global network of monitoring stations (the International Monitoring System ), an International Data Centre in Vienna, a consultation and clarification process, On-site Inspections and confidence-building measures .

Article V outlines measures to redress a situation which contravenes the CTBT provisions and to ensure compliance with the Treaty.

Article VI deals with the settlement of disputes that may arise concerning the application or the interpretation of the Treaty.

Article VII is concerned with amendments to the Treaty.

Article VIII stipulates when a review of the Treaty will take place after its entry into force .

Article IX states that the Treaty is of unlimited duration.

Article X deals with the status of the Protocol and the annexes.

Article XI is concerned with signature of the Treaty.

Article XII deals with ratification of the Treaty.

Article XIII is about accession to the Treaty.

Article XIV is about the Treaty's entry into force . This will take place 180 days after the 44 States listed in Annex 2 to the Treaty have all ratified.

Article XV specifies that the Treaty shall not be subject to reservations.

Article XVI refers to the Depositary of the Treaty. 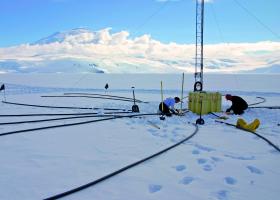 To monitor compliance, the CTBT’s unique verification regime is designed to detect any nuclear explosion conducted anywhere on the planet – underground, under water or in the atmosphere.

To monitor compliance, the CTBT’s unique verification regime is designed to detect any nuclear explosion conducted anywhere on the planet – underground, under water or in the atmosphere.