Prior to joining CTBTO,  Dr. Floyd was the Director General of the Australian Safeguards and Non-proliferation Office (ASNO) from 2010 to 2021, where he was responsible for Australia’s implementation of and compliance with various international treaties and conventions including the Comprehensive Nuclear-Test-Ban Treaty, Nuclear Non-Proliferation Treaty, Convention on the Physical Protection of Nuclear Material (CPPNM) and the Chemical Weapons Convention.

During his time as Director General of ASNO, Dr. Floyd also chaired the advisory group to the Director General of the International Atomic Energy Agency on safeguards implementation (SAGSI), co-chaired the Preparatory Committee for the review of the amended CPPNM, co-chaired one of the working groups of the International Partnership for Nuclear Disarmament Verification, was the lead official (“Sherpa”) for Australia in the Nuclear Security Summit process, and chaired the Asia-Pacific Safeguards Network.

Prior to his appointment with ASNO, Dr. Floyd served for more than seven years in the Department of the Prime Minister and Cabinet where he held a number of senior executive positions providing advice to the Prime Minister on policy issues covering counter-terrorism, counter-proliferation, emergency management, and homeland and border security.

With a Ph.D. in population ecology, Dr. Floyd spent the first 20 years of his career as a research scientist with the Commonwealth Scientific and Industrial Research Organisation (CSIRO).

As a long-time believer in the cause of gender equality and the empowerment of women, Dr. Floyd is an International Gender Champion (IGC) and joined the IGC network in 2021.

Dr. Floyd is a national of Australia. He is married and has three adult children. A selection of official portrait photos of Dr. Floyd can be found below. 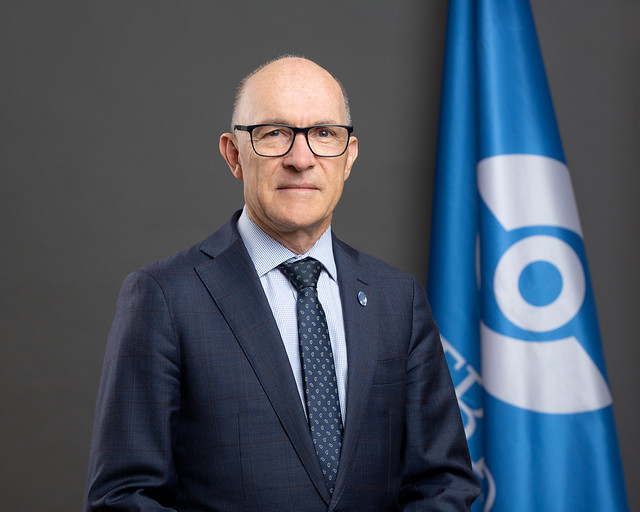