The area surrounding Eskdalemuir contains a large number of archeological sites. These sites include two stone circles that date back to Neolithic time: Castle Oér, the possible ritual center for the Selgoyae people, and the Roman fort of Raeburnfoot that was later a fortification and settlement during the Dark Ages. Eskdalemuir is the site of the Eskdalemuir Observatory, a station built in 1904 that monitors climate, solar radiation, pollution levels, geomagnetic fields, and seismological events. Eskdalemuir was chosen as the site for the observatory due to its remote location. The Eskdalemuir Observatory measured the highest amount of rainfall in thirty minutes in the United Kingdom on 26 June 1953 when it measured 80 mm of rainfall between 7:00 AM and 7:30 AM. Eskdalemuir is also the location of the Samye Ling Tibetan Buddhist Monastery. The monastery was originally a hunting lodge and was converted into a place of meditation in 1967 when the property was bought by two Tibetan Buddhist monks. The Monastery currently serves as both a refuge and a place of education for those wishing to learn about Buddhism, meditation, spirituality, and art.

Auxiliary seismic stations are mandated to provide data to the International Data Centre (IDC) upon request only but then with immediate availability. The purpose of this additional data is to improve location accuracy of seismic events detected by the primary seismic network of the International Monitoring System (IMS). It is also to characterize the seismic sources with greater precision in order to ascertain what kind of event has taken place; for example, an earthquake or an explosion. When fully operational, the worldwide system of auxiliary seismic stations will transmit data upon request in real time via satellite to the IDC. There the data  will be analyzed  in combination with the other three technologies to produce bulletins of detected events for the Treaty’s Member States.

The Eskdalemuir auxiliary seismic station became fully operational in 1962, making it the longest-operating steerable seismic array in the world. The array is located some 100 km from the coast, but the power of the array can be used to minimize the presence of the micro-seismic background noise, a type of interference that often hinders seismic detection. In 1980, the station converted from an analog to a digital recording, which allowed it to more efficiently transmit data on request. A historic database is available to researchers who require high quality digital data. The Eskdalemuir auxiliary seismic station has a linear-cross array of seismometers. This special placement of seismometers allows the station to determine the direction that seismic waves are moving, which improves both detection and epicenter location capabilities. The station is composed of a central recording facility, a seismological vault, and seismometers that are installed in shallow pits.
The station’s adept ability to detect seismic events was illustrated when the station was able to pick up seismic waves that were generated by an explosion onboard the Russian nuclear submarine, Kursk, in the Barents Sea on 12 August 2000. In the event of a catastrophic failure with one of the primary seismic stations in Europe, the Eskdalemuir auxiliary seismic station would act as a primary seismic station. AS104 is a manned station. It has been recently refurbished and was certified on 17 February 2009. Learn more about how the seismic technology works. 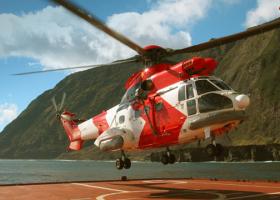 Tristan da Cunha hosts one of the IMS's 11 hydroacoustic stations used to detect natural and man-made phenomena in the oceans, including underwater nuclear detonations.

Tristan da Cunha hosts one of the IMS's 11 hydroacoustic stations used to detect natural and man-made phenomena in the oceans, including underwater nuclear detonations. 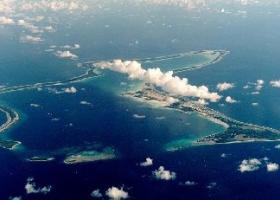 HA08 is one of three International Monitoring System (IMS) hydroacoustic stations covering the Indian Ocean. Radionuclide station RN66 and infrasound station IS52 are also situated at the BIOT/Chagos Archipelago.

HA08 is one of three International Monitoring System (IMS) hydroacoustic stations covering the Indian Ocean. Radionuclide station RN66 and infrasound station IS52 are also situated at the BIOT/Chagos Archipelago.