On 27 April 2016, United Nations Secretary-General Ban Ki-moon addressed an audience, ranging from veteran officials to young leaders, on the need for the entry into force  of the Comprehensive Nuclear-Test-Ban Treaty (CTBT). The event was held in Vienna, Austria, but was followed across the world via media coverage, livestream, and social media.

“The CTBTO has proven its value again and again. This organization is at the forefront of detecting possible nuclear tests.”
Ban Ki-moon, United Nations Secretary General

“Let us pledge today that we will not cease in our calls until all States are party to the CTBT” Ban Ki-moon told the audience. “That way we can leave a safer world, free of nuclear tests, to our children and to succeeding generations of this world.”

There are currently eight Annex 2 States  which need to ratify  the CTBT before it can enter into force: China, the Democratic People’s Republic of Korea, Egypt, India, Iran, Israel, Pakistan, and the United States. “I again call on the eight remaining States to sign and ratify the Treaty without further delay” Ban Ki-moon appealed. “The eight countries that must ratify for entry-into-force have a special responsibility. They can advance us on the road to a nuclear-weapon-free world.”

Lassina Zerbo echoed the call to action. “We can no longer wait for the CTBT to enter into force. The risks are too high, and the expectations are too great” he warned.

Five of the eight Annex 2  States have signed, but not yet ratified, the Treaty. “If the United States and China ratify the CTBT, it will send a clear message of commitment by the nuclear weapon states towards disarmament” said Kim Won-Soo regarding the five. “Likewise, if Egypt, Iran, and Israel ratify the CTBT, this will be an important confidence building measure in the establishment of a nuclear weapon free zone in the Middle East.”

The CTBT20 panel is part of a series of events being held during 2016 for the 20th anniversary of the opening for signature  of the CTBT. In January, the CTBTO invited eminent personalities, internationally recognised experts, and thought leaders to a symposium entitled “Science & Diplomacy for Peace & Security”. On 13 June, a high-level event in Vienna will bring together Ministers and other representatives of Member States, as well as Annex 2 States, to discuss concrete suggestions for the way forward. 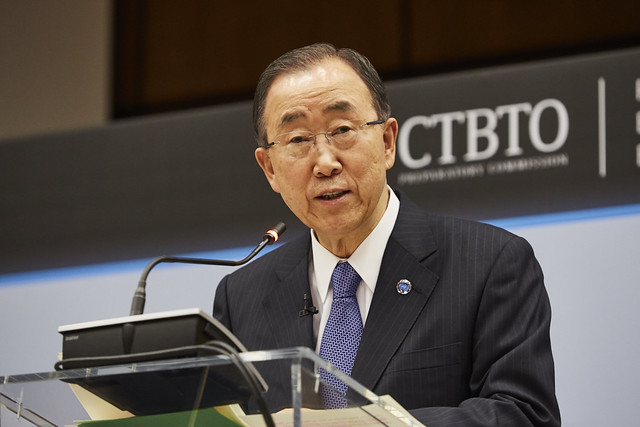 Press coverage of the event (selection):