Wake Island is a coral atoll composed of three small islands (i.e. Wake, Wilkes and Peale) surrounding a central lagoon. Isolated in the North Pacific Ocean, it is about 3,700 km west of Honolulu, Hawaii and 2,400 km east of Guam. Located west of the International Date Line, Wake is one day ahead of the 50 US states. This US territory is administered by the Department of the Interior and managed by the US Air Force and US Army. The largest island (Wake) and centre of activity on the atoll features a 3,000 m runway, especially for military aircraft.

In October 1568, Álvaro de Mendaña de Neyra, a Spanish explorer, discovered "a low barren island” which was eventually named after Captain William Wake, master of the British trading schooner, Prince William Henry. Just over a century later, Wake Island was annexed by the United States. In 1935, Pan American Airways built a small village nicknamed ‘PAAville’ to service flights on its U.S.-China route. This first settlement, which relied upon the U.S. mainland for food and water, remained in operation until the first Japanese air raid in World War II.
The US Navy constructed a military base on the atoll in January 1941 and Wake Island became the scene of repeated battles, first taken by Japan, then retaken by the United States in 1945. Since 1974, the island's airstrip has been used for over 700 landings a year by the US military and some commercial cargo planes, as well as for emergency landings. There are also two offshore anchorages for large ships. In 1985, the wishbone-shaped Wake Islands group was designated a National Historic Landmark. The island remains a strategic location in the North Pacific that was used for strategic defense during the Cold War and is now administered by the US Army Space and Missile Defense Command.

Wake Island atoll is home to three IMS stations—for radionuclide, hydroacoustic and infrasound monitoring. HA11 is a new hydroacoustic (hydrophone) station, the construction of which was undertaken jointly by the US Air Force Technical Applications Centre (AFTAC) and the CTBTO’s Provisional Technical Secretariat (PTS). The AFTAC sponsored construction of the building, and the sea shore interface, while the PTS provided the underwater cables and hardware, the shore electronics, system integration and the installation of the underwater system. The underwater and shore hardware is essentially identical in design to that at HA03 (Juan Fenández Island, Chile) and HA10 (Ascension Island, UK). The three major components are: the Underwater System (UWS), the Shore Terminus (ST) and the Data Processing Equipment (DPE).
The UWS consists of two hydrophone triplets. Each triplet has three hydrophone nodes.  Each node consists of an anchor, an electronics bottle, a riser cable, a hydrophone and a sub-surface float. Each of the three nodes is lowered to the seafloor as a single unit, after which the float is released, allowing the hydrophone sensor and riser cable to deploy vertically to the depth of the Sound Fixing and Ranging (SOFAR) axis. The hydrophones are encased in an oil-filled housing to reduce water flow-induced noise while the riser cables are constructed so as to reduce the likelihood of strumming, i.e. creating interfering signals, in high ocean currents. Learn more about how hydroacoustic monitoring works.

HA11 is located not far from where the United States conducted many atmospheric and underwater nuclear tests in the late 1950s and early 1960s, on the Bikini Atolls and Johnston Island. It is one of four hydroacoustic stations that monitor the Pacific Ocean. The station's North and South hydrophone triplets are located on opposite sides of the island to prevent local blockage by the land mass of the island and its shallow lagoon. Triplets are placed at some distance from the island (i.e. 120 km for the northern and 99 km for the southern route) on seamounts that provide the right water depth for the hydrophones and minimize the effects of island-generated noise.
The Shore Terminus is located at the “HDAS” (i.e. Hydroacoustic Data Acquisition System) building on Wilkes Island. There is also an adjacent generator room, an anchor pit for undersea cables and two VSAT (i.e. Very Small Aperture Terminal) antennas that transmit data from the two stations in near real time to the International Data Centre (IDC) in Vienna. A communications hub provides the interface between the station processor and external communications links. One data stream is provided to the IDC via a Global Communications Infrastructure (GCI) earth station. Due to the difficulty of travelling to Wake Island to make repairs, a dual VSAT installation is used. The regular power supply is supplemented by a diesel generator that can provide five days of back-up power in case of an outage.
A formal arrangement was signed between the United States and the CTBTO in November 1999 for the conduct of activities related to IMS stations, 38 of which are located on US territory. This Facility Arrangement entered into force in June 2004 with the U.S. Air Force designated as Wake Island’s hydroacoustic station operator. As a completely new station, HA11’s installation contract was signed in March 2005 in connection with a site activation visit. The Final Factory Acceptance Test was conducted in April 2006 when construction of the Central Recording Facility (CRF) was also initiated and the Global Communications Infrastructure was established.

After the installation of the Data Acquisition and Storage Segment, the certification visit took place in February 2007. The station started to transmit data to the CTBTO's International Data Centre (IDC) in May 2007 and was formally certified on 8 June 2007. 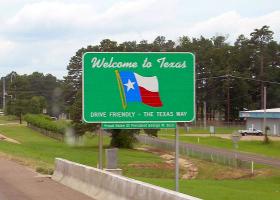 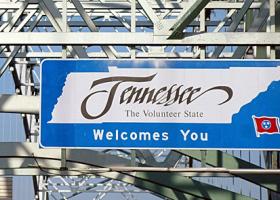 AS 107 is the only IMS seismic station to cover the large eastern part of the United States.

AS 107 is the only IMS seismic station to cover the large eastern part of the United States. 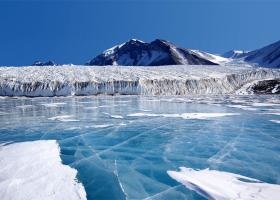